The Emotionary Jenga is a result of Kids Project and proposed by children from around the world. Its a group game for families, friends, adults and children (+ 6 years old).
one at a time, participants should take out some piece, follow the instruction and put it again on the top of the tour.
The chalenge comes with ballance, because you shoul not let the tour fall. Tha same challenge we have towards our emotions, its essencial to learn how to mantain the ballance without falling!!

The game instructions encourage participants to talk about what they feel, challenges to improve relationships and to have meaningfull interactions with the planet.

You just need to request it and play it on! 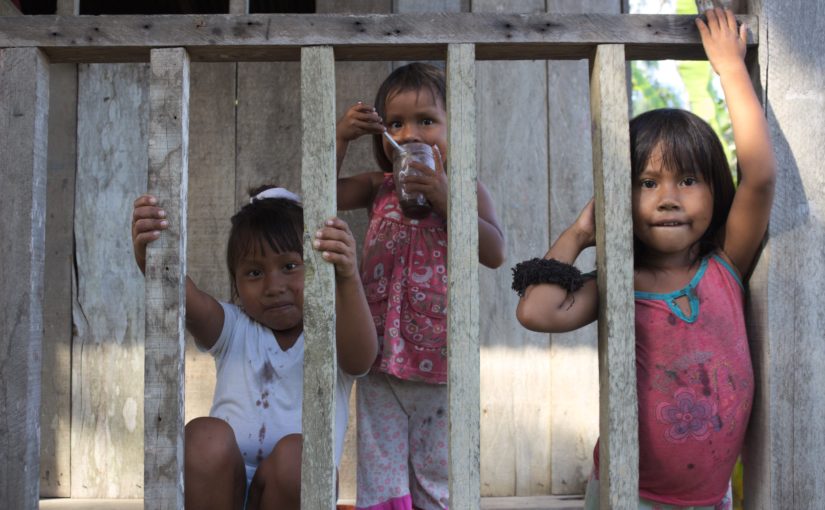 Coguis are an Amerindian tribe living in northern Sierra Nevada in Colombia. There are about 10,000 people in this region. They speak their own language, customs and ideas. Their practices are based on the belief that the Earth is a living being and that Humanity has two brothers: the big brothers (themselves) and the smaller brothers (us, the common people). We are described as “stunted children” who must learn to live Humanity.

Evan with no scientific basis, this was the reason I was dreaming to arrive in Sierra Nevada and interview Cogui children. I wanted to ask them for their tips on how to improve our interaction with the Earth. I just didn´t plan that Minca and Macondo could change my plans.

In the last before I spoke about the importance of connection with nature to the Family emotional health. Today I focus on freedom.

In fact, freedom began to gain ground before reaching Minca. When I “stumbled” with Macondo.

Macondo is a village with about 300 people in the city of Aracataca, where Gabriel Garcia Marquez lived his childhood and used as the setting for the novel “One Hundred Years of Solitude”.

The novel begins with the isolation and destruction of this village, and the Buendia family and its generations are the ones to take responsibility in the prosperous development of the region and its personal liberation. Coincidentally (or not) at this point I already suspected that freedom and solitude could go hand in hand, but it was in Minca that I realized the depth of the issue.

Minca is a place of free souls. I felt it immediately when I arrived. Maybe Pablo’s violoncello helped, but the location at 600 meters high, the rustic houses in tighty streets and the about 300 species of birds that fly over Santa Marta certainly contributed. 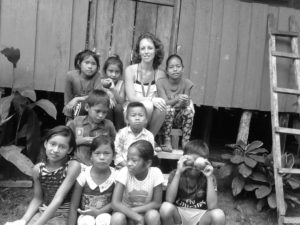 Pablo is Uruguayan of 28 years old. About 6 years ago he left the country of origin arguing “I just want to play the cello and make more music.” And it was in the streets of Minca, sitted on the folding wooden bench (which he made 10 stops before) that he played. I saw him playing with his curly hair and eyes on the horizon. He shared that playing an Italian instrument on an American continent was rare, and this was the reason he wanted to know more, better techniques and inspire people through music. Only when his family (tired of seeing him without encouragement), encouraged him, that he had risked. He began slowly, shaping his desire, transforming doubts into strengths and insecurities into music. During this process he was afraid of not being accepted by the community, with doubts if he would be good enough, with the feeling of being alone, without people of reference around them. Assuming his difference brought him a big sense of freedom, and only with the support of his family, the first social institution he met, was possible.

Pablo showed me that freedom, begins with the family and can walk along with loneliness when it is not well “cooked”.

Being free depends not only on the obvious, externally (prison …), but above all, internally processes (Fears, social pressures … etc) hence spontaneity is one of the main mediators between what is inside and what comes outside.

He hinted that being afraid to fail is part of the process, but it is not the end of it.

And it was in this reflexion that he took me to know Sónia and her project.

Sónia is the creator of a hippy community. She decided to create it years before because she believed that freedom comes from knowing how to live with others (only in this way we manage to practice spontaneity) and to manage our own time: “before having this community I had a motorcycle business that I had to have a lot of time discipline “I was always “stuck” on the business. And because it served the public, it could rarely be spontaneous and creative. I earned more and more money, but I didn´t have time to be with whom I loved, I had no time for leisure, and I hardly knew who I was. I felt trapped. So I created a community where I could be myself, more genuine, spontaneous and above all, manage my own time.”

Sónia has 15 different nationalities, more than 15 people: among musicians, artists and nature lovers, each one takes on a role in the group, manages their time and the contribution they want to make. Today that community is known for promoting the best jam sessions, coffee cultures and art exhibitions in the region.

Minca and Macondo, Pablo and Sónia made a significant contribution to today´s topic: freedom.  But it was children’s answer, in the various corners of the world, who showed me the depth:

The question asked was: “What do you hate the most that adults do?”

In Colombia: “When they tell me that I have to do things I do not like and I do not understand why.” Emília, 7 years old.

In Brazil: “When I talk and nobody hears me!” Bruno, 6 years old.

In Portugal: “When I’m forced to eat things I do not like … I hate!” Rafael, 7 years

In São Tomé and Príncipe: “When they rape people.” Daisy, 9 years old.

In Sierra Leone: “When they force me to do things and they do not hear that I’m doing my own thing” Bill, 8 years old.

The contribution of young people has shown me that freedom plays a different role depending on phases of human development and “the feeling of losing control of one’s own life” is a focus of malaise that transcends all ages.

In fact, if we look at philosophy, Espinoza argues that to be free is to act according to the very essence, with its nature. Other prespectives focus on the autonomy and spontaneity of the subject. Nelson Mandela adds the dimension of “others.”

According to the happiness report in 2012, one of the most important components in the sense of well-being and personal fulfillment of the Human Being is the feeling of Freedom. The human freedom index of this report shows that the sense of freedom is divided into three areas: “freedom of expression, choice, management of relations”, but time is a transversal role to all of them.

At the children´s level, freedom is enhanced by spontaneity, self-esteem, and coping with failure. And since family is the first social institution that children know, it fundamental that these competences are stimulated here.

At the adult level and management of family dynamics, no doubt that time is a matter of disharmony.

Disharmony because if some are faster than others, others can not wait; some because they have more time than others for “their things” and there are still those who do not feel they have time for anything, and that is injurious.

In summary, when it comes to the Freedom in the family dinamic, I approach two dimensions: time management in adults and the development of spontaneity in children.

Studies indicate that mothers feel more responsibility in child upbringing, and they are the ones who feel they have no time for themselves and their things. The studies also show that the Parental Happiness Hole (satisfaction with parenting) changes with the life stage of the family and child dynamics. A family with little external support will be more affected by the illness of a small one, than another with the support, for example.

To reduce this gap, several countries are creating responses. In Denmark, for example, one of the answers was the “grandparent loan” program where older people enroll to adopt a family and support their logistical issues. After all, if a couple can do a good job, imagine 4 couples. In Japan they adopted shirin-yoku, “a forest bath”. The Japanese proposal is that from time to time, families get lost in nature and use their senses, according to them, the experience will strengthen ties and sense of belonging, ability to risk and throw. In Bogota, Colombia, the measure adopted was the “closure of the streets on Sundays” so that everyone can enjoy free time with the family using the cycle route.

According to Meik Viking, the Portuguese have much satisfaction with parenting. In Portugal there is a balance between working time, leisure time and the costs of child support services.

This is why I leave some tips for adults to free time, which will bring more sense of freedom in the daily routine and then some tips to train future adults more spontaneous, less fear of loneliness, more able to express their opinions and feel more and better on your skin, freer.

To include in the education of kids and promote their sense of freedom:

6. Show unconditional support for the child’s choices. One of the biggest issues of freedom, which can lead to the feeling of loneliness and the lack of support and understanding of parents.